Whose side are we on? The truth behind true crime 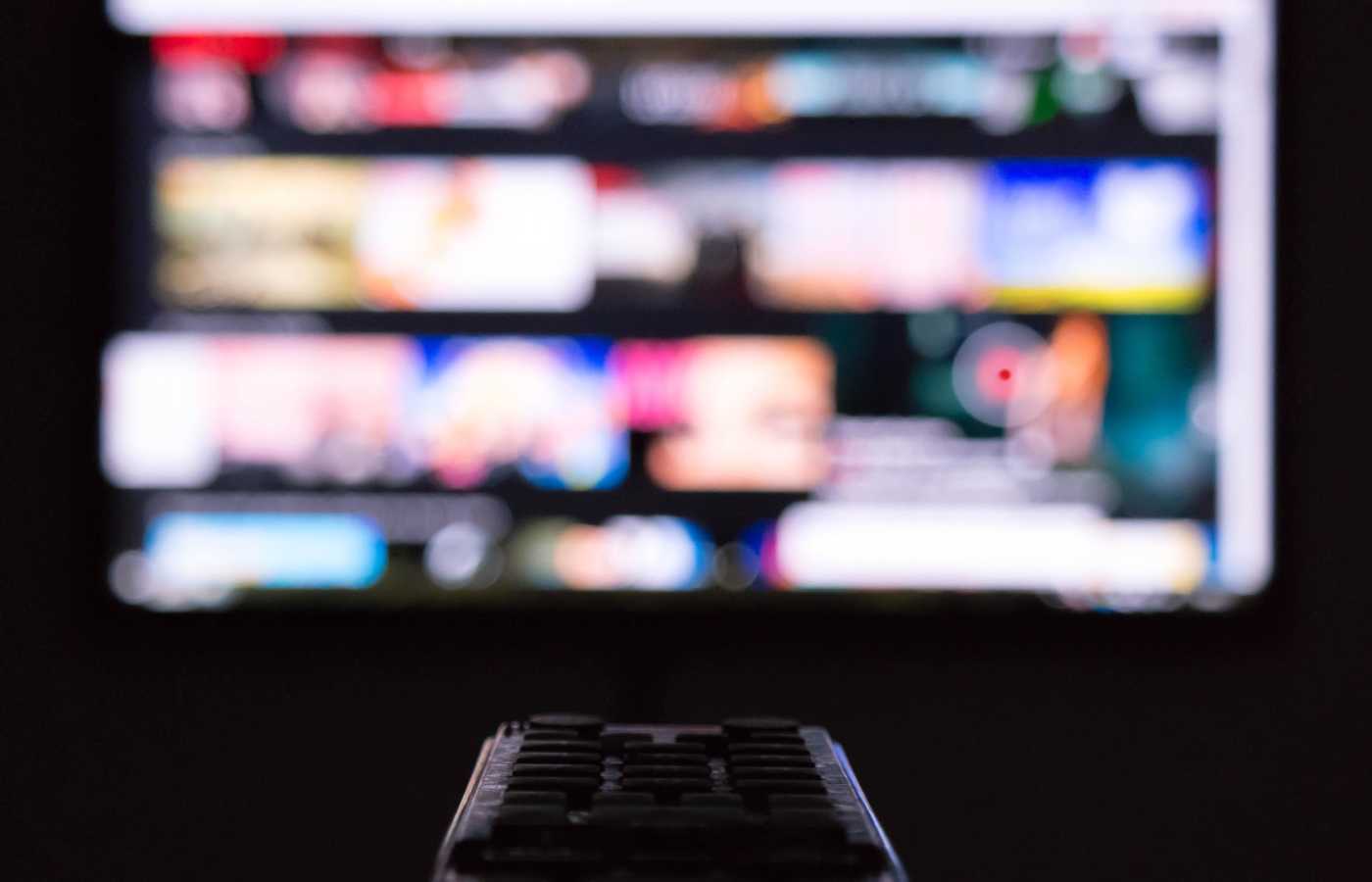 True crime has always been a popular and fascinating genre. What started as pamphlets reporting on capital crimes in the 1500s in Britain has now become a major industry of podcasts, books, television series, and even satires made in response to the genre’s popularity. Though the genre dates way back to the past, it has evolved and expanded greatly over the centuries, and in recent years.

True crime shows in years past

True crime has always been about the most gruesome cases: bloody murders, sex crimes, and grotesque violence. The fact that these are used to benefit others - whether through monetary gain or even personal titillation - has been distasteful to some. However, the genre’s long, rich history, as well as its popularity and evolution, have proven that there is much more to it. This blog post's focus will be on the last couple of decades of true crime, as changes during this period are particularly interesting in relation to the way we view law enforcement in the United States.

Traditionally, consumers of true crime were peeping toms and voyeurs, fascinated by the chase, by the perpetrator being caught and by justice being accomplished. This is still common today, with shows such as American Murder Mystery and Nightmare Next Door produced and broadcasted by major networks. These types of “whodunit” shows often only interview law enforcement, framing the show as if we as viewers are joining the chase and rooting for the police. For example, in Chilling Confessions, viewers are met with a cross edit of interviews with victims’ families, interviews with law enforcement investigators, and actual footage from the investigations that took place, usually without a defense lawyer present. In one episode, an investigator practically admits to the interviewer that a suspect invoking his rights is an investigator’s worst nightmare. The focus is on the struggles and conflicts of the police officers, and when those are solved - by a good tip, an arrest, a confession - there is a sense of success and relief. “They did it - they caught the perp!”

The popularity of these “whodunit” shows is set against the background of shows such as America’s Most Wanted, and more importantly, the then famous and now infamous Cops. The series, which ran for 33 seasons, followed police officers responding to calls and on patrol, sometimes featuring prostitution and narcotic stings. The show did not include any narration or scripted interviews, and instead provided viewers with a fly on the wall point of view into police activity, which more often than not ended with one or more arrests. Despite criticism regarding the forceful law enforcement responses to poor people dealing with drug addiction or even mental illness, the show effectively created some sort of unity between the viewers and the police, and a sense of being on the side of the “good guys.”

Another type of true crime revolves around crimes that have already been solved, usually decades ago. These docuseries normally tell the big stories of criminal history, such as serial killers or mass cult suicides. Netflix’s Night Stalker, for example, tells the story of serial killer Richard Ramirez and his many violent crimes in the 1980s. The series, though framed through interviews with the officers who solved the case and apprehended Ramirez, is all about the perpetrator - the evil, devil worshipping, Night Stalker. Similarly, Conversations with a Killer: The Ted Bundy Tapes, gives the viewer a peek into the mysterious life of serial killer Ted Bundy, who despite his grievous crimes, is still considered by many to be appealing and charming, and was even portrayed by the teen dream Zac Efron in a movie about his life.

On one hand, these shows involve old and solved true crime and enhance our trust and need for law enforcement, who put an end to these stories of horrific and terrifying acts of violence. On the other hand, these shows, in a very true sense, glorify the perpetrators themselves. Interestingly, the same “sexy” storytelling that is typical to old serial killers, takes place in cases of dangerous cults as well. Wild Wild Country, for example, tells the story of a controversial Indian guru and his community of followers in Wasco County, Oregon. As in the case of many other cults, this was a sham which financially benefited the leader. Through telling the story of this dangerous cult, this Netflix docuseries reviewed many other cult stories, all of which were filled with sexual violence, weapons, brainwashing, and ultimately death, including mass suicides.

The fascination around true crime shows

Why the “sexy” story telling? What do old serial killer stories and cult stories have in common that leaves viewers so fascinated? One possible explanation is that these stories are not quite relatable. Serial killers are a dying breed, especially with the discovery of DNA analysis. In the case of cults, though still in existence today, most people don’t believe they could ever fall victims to such shams and perhaps even watch cult stories to validate that they are smarter than that. Being unrelatable and low risk, these stories allow viewers to enjoy a sense of danger in a safe way. Traditional “whodunit” stories of murderous husbands, love affairs gone wrong, and home invasions resonate with viewers because of their relatability. Audiences watch these shows and think: “what if that happened to me?” They want the perpetrator caught and take law enforcement’s side. On the other hand, serial killers, as well as dangerous cult stories, fascinate the public precisely because they exist so far outside human comprehension and from normal reality.

In both true crime versions - whether the shows are centered around the “whodunit,” or “close to home” type shows or in documentaries about serial killers who were caught many years ago - the emphasis is on finding the perpetrator, holding them accountable, and retribution. These shows are about the good guys versus the bad guys.

In recent years, however, another type of true crime has emerged, giving us a different perspective. Award winning series Making a Murderer is a perfect example. The series, first released in 2015, tells the story of a man who served 18 years in prison after being wrongfully convicted of sexual assault and attempted murder. Upon his release from prison, and after he brought a major civil lawsuit against law enforcement, he found himself locked up again, this time for a murder charge. The show “garnered critical acclaim,” but not without some controversy. Its two seasons and counting highlight the corrupt practices of law enforcement and expose them during trial. The show has made waves as countless fan pages and podcasts have demanded justice for the accused, Steven Avery.

Another example of this new type of true crime is The Staircase, which tells the story of novelist Michael Peterson as he fights a murder charge after his wife was found dead at the bottom of a staircase. The series follows the defense team as they prepare for trial, as well as during the trial itself where scientific evidence is examined and analysed. Though Peterson is ultimately convicted, the series is very much framed to show the problems with the prosecution’s case and at times even suggests a set-up of some sort, since Peterson had criticized law enforcement in some of his writing in the past. The show presents another critical aspect of criminal justice. Michael Peterson is a very wealthy man, and on more than one occasion, the show spotlights the cost of criminal defense in the United States and how less fortunate folks would have done much more poorly defending themselves in similar cases.

Currently, there is a large variety of true crime. Alongside these new defense-oriented docuseries, “whodunit” and “old and solved” shows are still very much alive. But what can explain the differences and coexistence of these shows?

First, some of the differences between these types of shows can be explained by the stage of the criminal process. “Whodunit” shows are about the investigation stage, in which viewers are on law enforcement's side and hoping to catch a perpetrator. Contrarily, shows that are framed to defend the perpetrator usually take place during the trial stage. They are more legally oriented, putting the audience on the defense’s side and encouraging them to ask questions about the way a criminal trial is held in the United States.

Second, today’s alleged criminals can take their narratives and the act of publication into their own hands. Defendants can write books, create social media fan pages, and when affordable (as in the case of the wealthy Michael Peterson) - make a documentary. Unlike the more law enforcement friendly shows in the past, the more defendant-friendly true crime shows are better able to highlight the voices of defendants who are determined to show the holes in prosecutors’ cases.

Finally and most importantly, defense-based true crime shows can be explained by a shift in public perception of law enforcement. Particularly in the era of Black Lives Matter and widespread calls to abolish and defund the police, people are becoming more critical of the assumption that police are the "good guys''. Accordingly, the true crime genre now gives us insights into civil rights, emphasizes due process, and is not afraid to frame law enforcement in an unfavorable light. Fans of true crime today are not necessarily in it for the peep show or for the excitement and danger factors. These days, many true crime fans are in it for the science, the forensic evidence, the blood spatter analysis, and of course - for criminal justice. When it’s “whodunit” shows, it’s justice for the families and victims, with no critical focus on the actions of law enforcement. Today’s defense-oriented true crime series have a lens of striving for justice for suspects, defendants, and the wrongfully convicted.

Interestingly, much of these differences depend on the broadcasting network. More traditional networks such as ABC, A&E and ID (Investigative Discovery) are still creating more law enforcement friendly, “whodunit” content. Companies like Netflix, however, are aiming to reach a younger and more critical audience, and thus create more defense-based shows. Newer platforms provide viewers with content such as Making a Murderer, The Staircase, and Trial 4, all of which shadow the defense during trial. They also provide viewers with shows like The Confession Killer and The Confession Tapes, taking place years after the trial and exposing the common phenomenon of coerced false confessions. These newer platforms also create scripted reality based content such as When They See Us which is based on the alleged New York Five who were accused of rape, as well as The Trial of the Chicago 7, which directly revolves around protests and police brutality.

Today, true crime shows no longer blindly glorify law enforcement, and the reasons above explain the reason for this shift to more defense-oriented shows. A huge nail in the coffin of law enforcement glorification in true crime shows came in May 2020, when the show Cops was pulled of the air in response to the murder of George Floyd and the protests against police brutality across the United States.