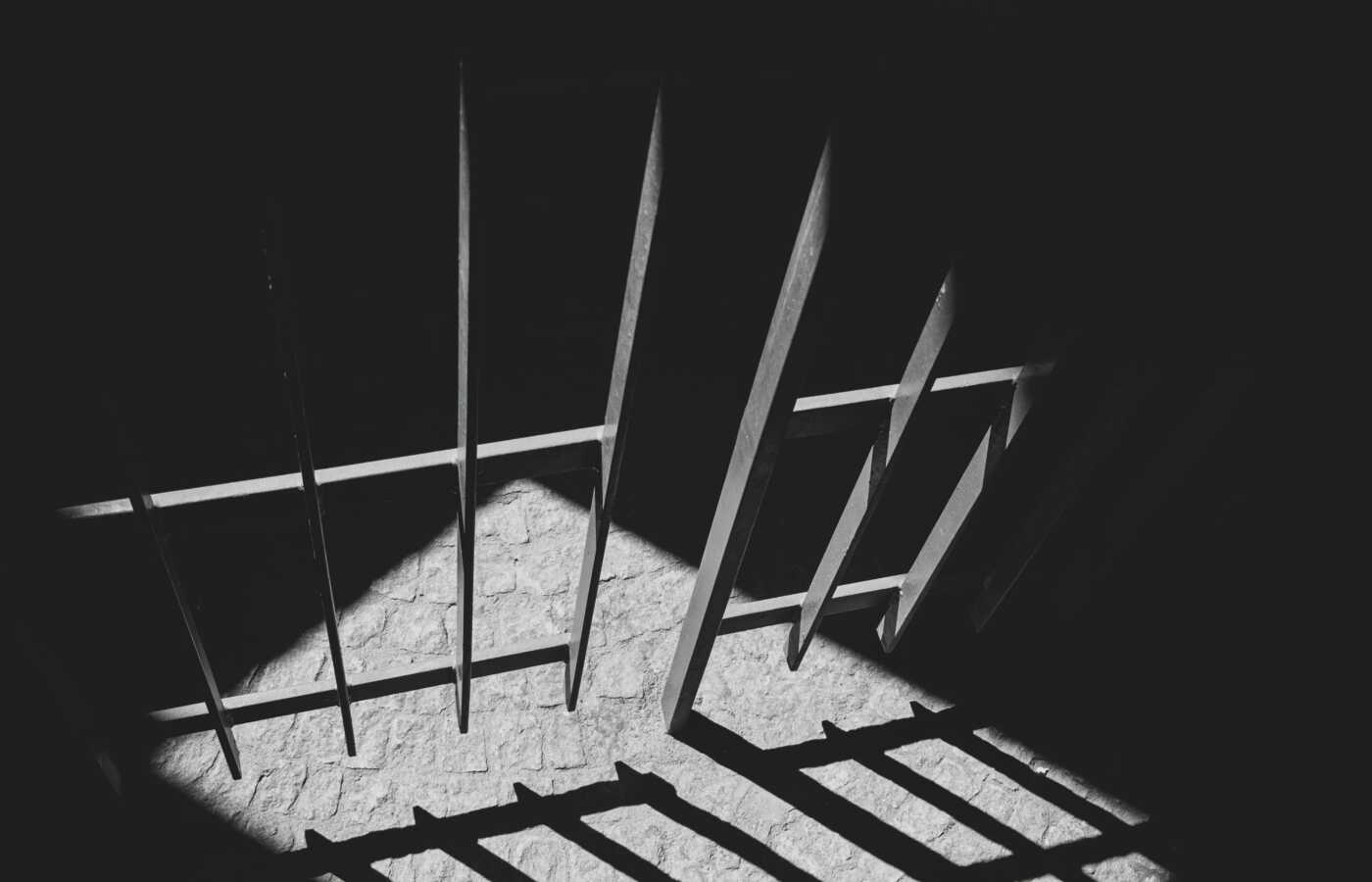 Photo by Tim Hüfner via Unsplash

“Before his execution, one inmate told me he would rather die than continue existing under these inhumane conditions.” Anthony Graves was sentenced to death for a crime he did not commit and spent years on death row in Texas and testified to the atrocious conditions suffered by death row inmates in the United States. “I saw guys come to prison sane, and leave this world insane, talking nonsense on the execution gurney. One guy suffered some of his last days smearing feces, lying naked in the recreation yard, and urinating on himself.”[1] Most of us have heard of the cruel treatment of death row inmates while appealing their convictions and awaiting execution. Even Supreme Court justices have previously raised constitutional concerns about the physical and psychological effects of solitary confinement, which remains an important aspect of the death row imprisonment setting – in terms of physical disabilities as much as mental illness.[2]

Part of this finds its origin in the fact that inmates on death row await execution for extensive periods of time, due to the significant delays in the processes of the justice system. Yet that very passing of time diminishes whatever possible purpose the death penalty might be pursuing – it fails to further retribution or deterrence purpose, and lacks any penological justification.[3]

Morally, many people agree that the execution of mentally ill death row prisoners – in essence most of the death row population – is wrong, but what we inquire here is whether it is legally wrong too and whether the law has addressed that issue in the past. The American Bar Association, the American Psychiatric Association, the American Psychological Association, the National Alliance on Mental Illness, and Mental Health America, have all recommended exempting those with severe mental illness from the death penalty.[4] However, there is little hope for this in the near future – consequently, we must look for where the law as it currently stands could help support such a purpose.

What We Call “Life” on Death Row

It is common across states that death row prisoners suffer from more severe deprivation and harsher conditions than inmates in regular prisons. Most death row prisoners are locked up in solitary in small cells for twenty-two to twenty-four hours a day with only very little human contact or interaction, with reduced or no natural light at all. They are often subjected to severe constraints on visitation, which regularly includes the inability to physically touch friends or loved ones – for example, sixty-two percent of states were mandating no-contact visitation for death row prisoners in 2013. Most cells are the size of a bathroom. Death row prisoners mostly eat alone in their cells and are even administered medical and mental health care only through slots – which further reduces human contact with others, limiting it to short interactions with corrections officers and, occasionally, their attorneys. In 2013, eighty-one perfect of the states allowed only one hour – or even less in some – of exercise in a regular day.

Research conducted by the ACLU illustrates the variety of mental impacts of extreme isolation conditions of death row – hallucinations; increased anxiety; severe and chronic depression; self-mutilation; lower levels of brain function are just a few of the mental hardship death row inmates face. Research furthermore found that these mental health and psychological effects could be equated to those of physical torture[5] – which has widely been recognized to fall under the Eighth Amendment prohibition on cruel and unusual punishment. In 2013, California had the highest rate of suicides on death row across the country – and each of the prisoners having committed suicide had been referred for mental health services by some prison officials. Similarly, research found that, between 2000 and 2015, forty-three percent of the executed prisoners suffered from some mental illness.[6] Between 2017 and 2020, too, one fourth to half of the executed inmates had been diagnosed with some serious mental illness such as personality disorders, depression, schizophrenia, post-traumatic stress disorders, or bipolarity.[7]

These psychological effects are undoubtedly highly amplified because of the time spent on death row. In 2016, some death row prisoners reached the age of eighty-five years old (some even requiring wheelchairs, walkers, or diapers in bed), with some having been on death row for thirty-seven years.[8] In California alone, in 2022, 694 inmates were awaiting execution on death row, yet since 2006 not one had been executed.[9]

The above data illustrating the overwhelming majority of mentally ill executed prisoners is only possible because, as of today, there is no constitutional prohibition on the execution of mentally ill people.[10] However, some case law does tend to show that a shift in that direction is possible in the near future.

The Prohibition to Execute Less Culpable and Intellectually Disabled Inmates

The United States Supreme Court has, for instance, stated that suffering from some mental illness makes a defendant less morally culpable of the crime he has committed and that the mental illness in question should, as a consequence, be an important consideration in deciding (not) to impose the death penalty.[11] The court was thus rather focused on the moral culpability of the author of the crime, and not so much on his state of mind at the time of execution. Similarly, California’s capital sentencing statute lists some mental capacity factors that should be considered in mitigation against the death penalty. Those sentencing factors include whether the defendant had been “under the influence of extreme mental or emotional disturbance” and whether the “capacity of the defendant to appreciate the criminality of his conduct or to conform his conduct to the requirements of law was impaired as a result of mental disease or defect, or the effects of intoxication.[12] This, too, relates back to the mental culpability of the defendant at the time of the crime. However, these remain as considerations to keep in mind.

In Atkins v. Virginia (2002), the Supreme Court did hold that executing those with some intellectual disability violated the Eighth Amendment, which prohibits cruel and unusual punishment. However, the Court left it to the states to define the meaning of “intellectual disability.”[13] The state of California, for instance, has defined that term as “significantly subaverage general intellectual functioning, existing concurrently with deficits in adaptive behavior and manifested before the end of the developmental period.”[14] In other words, in order to fall under that definition, one must develop a mental illness before the age of twenty-two. This interpretation of intellectual disability therefore does not encompass many death row prisoners in most states, since the death penalty for juvenile offenders has been rendered unconstitutional by the Supreme Court some time ago.[15] Most prisoners on death row, subsequently, have surpassed that age limit. The Supreme Court has refused to allow mental illness to be treated similarly to intellectual disability.[16]

Similarly, prisoners who are mentally incompetent cannot be executed under the Supreme Court’s case law.[17] Yet mental incompetence standards are, again, difficult to meet and most death row prisoners do not meet the necessary threshold.

The Indirect Consequences of Death Row – Hope for Change?

In a more indirect way, the law does however support the idea that mentally ill prisoners cannot lawfully be executed.

Firstly, it is important to note that many prisoners end up, after a few years on death row, volunteering to be executed – most abandon their rights to appeal their sentence and voluntarily ask to be executed by the state. This, arguably, violates their constitutional right to a fair trial, which cannot be waived if they are diagnosed as mentally ill and therefore unable to make rational decisions for themselves. The same logic can be applied to the whole justice system and its processes as applied to death row inmates as a general matter. Indeed, death row conditions lead to more prisoners developing difficulties understanding their rights; to less effective assistance to their counsel in their defense preparation; and it can affect how voluntary and reliable a defendant’s statements are.[18]

Furthermore, the Supreme Court has recognized that no legitimate government purpose is served by executing a person who is not competent at the time of the execution.[19] It acknowledged that “[t]he reasons at common law for not condoning the execution of the insane – that such an execution has questionable retributive value, presents no example to others, and thus has no deterrence value, and simply offends humanity – have no less logical, moral, and practical force at present.”[20] The rationale behind the death penalty does indeed in no way justify the execution of the mentally ill. Some argue that the death penalty is a sentence that is reserved for the “worst of the worst.”[21] Some states even require a prediction of future dangerousness in order to impose a death sentence on a defendant.[22] However, one can hardly contend that a mentally ill defendant, who can often hardly understand the reasons behind and the consequences of his criminal actions, falls under that category. It is, moreover, illogical from a deterrence point of view, as pointed out by the Court.[23] From a retributive point of view, at last, it makes little sense to execute people who, after some time on death row, are the ones who wish to be executed more than “the people of the United States” do. As explained above, a non-neglectable majority of prisoners who waive their appeals and volunteer for execution are often suffering from some mental illness. One might then also question whether the state is in reality performing assisted suicides instead of capital punishment.[24] In conclusion, the execution of mentally ill death row prisoners is stripped of all legitimacy and of all penological rationale. Hopefully, the Court will follow the same logic as it has, above, in the near future and declare the execution of mentally ill prisoners unconstitutional.

In specific instances, the judiciary has in the past overturned death sentences of some prisoners. Federal judges have declared certain death row prisoners so incompetent that they could not assist their attorneys and therefore ruled the death sentence to be contrary to the law – for example, in 2007, a U.S. District Court ruled that a death row inmate was too mentally ill to execute.[25] The California Supreme Court, in 2021, also overturned the death sentence of a prisoner who had been permitted to act as his own lawyer at trial, even after an expert had testified to his disability (rendering him incompetent to stand trial). The Court thus ruled that the failure to hold a hearing the accused’s mental capacity and allowing him to act as his own lawyer was a violation of the law.[26]

It appears that, as of today, nothing clearly indicates that it is illegal to execute mentally ill death row prisoners. However, some interpretations of the law and of the Constitution and some case law do indicate that courts could soon lean in that direction. Hopefully, judicial interpretation of the law and of the American Constitution will soon evolve and address the problem of the impact of death row conditions on inmates’ mental health. The consequence of such evolution might potentially lead to a nearly complete abolishment of the death penalty if most inmates are found to suffer from mental illnesses after a certain amount of time spent on death row. The ultimate question we could ask ourselves would thus lead us to take one step further – should the death penalty, then, not be abolished as a whole?