What the Heck: Favorable Termination and the Narrowing of § 1983 Liability 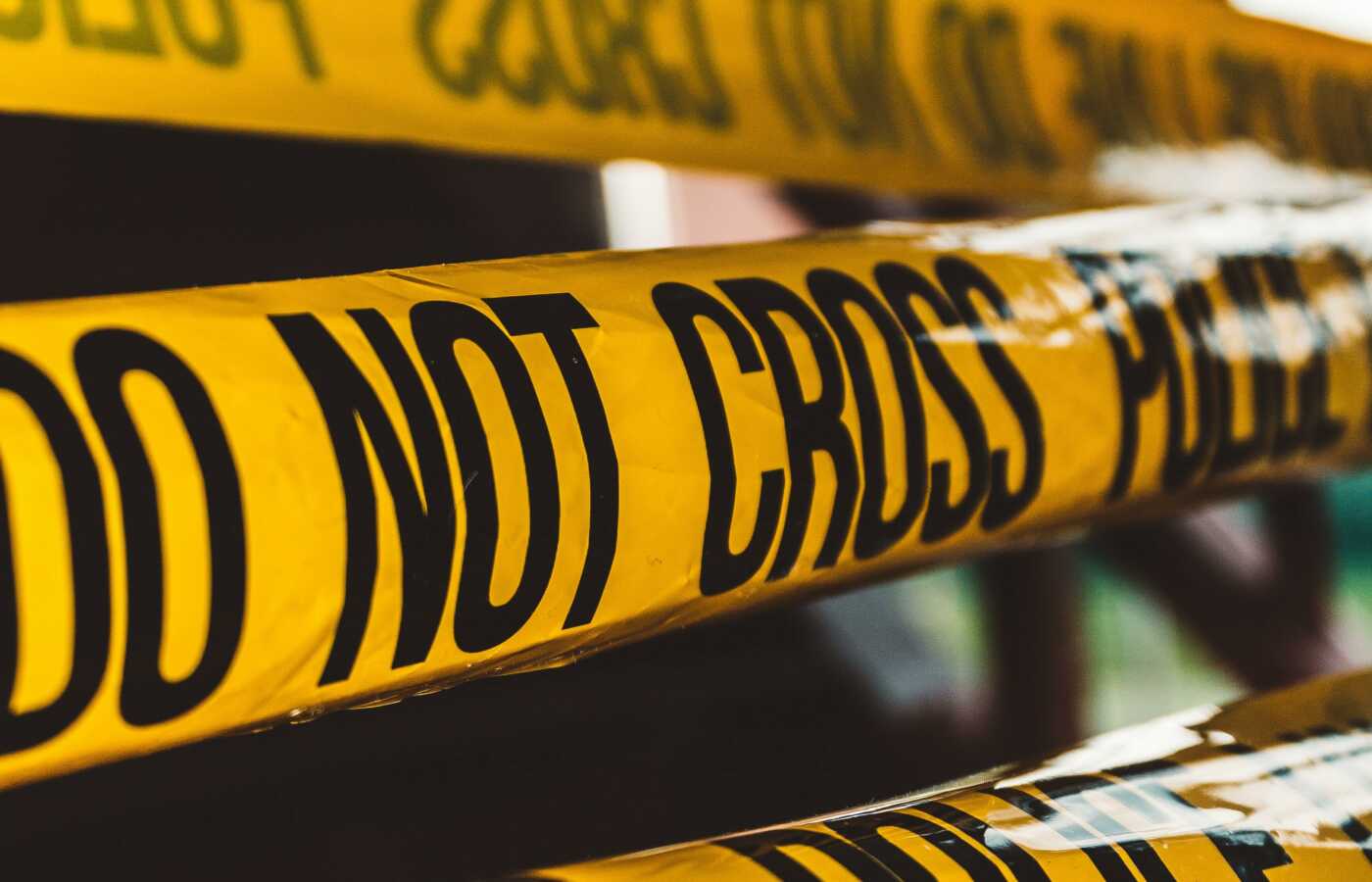 42 U.S.C. § 1983, enacted by the Civil Rights Act of 1871, allows individuals to sue state actors who have violated their constitutional rights. While the statutory language is broad and contains no exemptions, the Supreme Court has narrowed liability to the point where even those falsely arrested may be prevented from recovering damages and vindicating their rights.

What is Favorable Termination?

In Heck v. Humphrey, the Supreme Court established the favorable termination rule: a convicted party cannot bring a damages claim under § 1983 that necessarily implies the invalidity of the underlying criminal conviction or sentence, unless they can show the criminal proceeding terminated in their favor. In simpler terms, a plaintiff cannot sue a state or local official if the claim would negate an element of the crime they were convicted of committing. For example, a criminal defendant cannot seek damages for unreasonable seizure under the Fourth Amendment if the defendant was convicted of resisting arrest—defined as preventing a peace officer from effecting a lawful arrest.

The primary purpose of the favorable termination rule is to prevent parallel litigation, one civil and the other criminal, that could end with conflicting judgments. This purpose was sharpened because plaintiff Roy Heck had not exhausted habeas review, which allows incarcerated individuals to challenge the legal basis of their confinement and, if successful, be released. If Heck had been successful in his § 1983 claim, he could have then filed a habeas corpus petition with that favorable civil judgment in hand, even though the facts had already been litigated through the criminal process.

The majority in Heck painted the favorable termination rule with a broad brush: all plaintiffs who had criminal proceedings initiated against them must satisfy favorable termination, if the claim implies the invalidity of the underlying conviction. Therefore, Heck applies to pre-trial convictions, including plea agreements, and post-trial convictions, regardless of whether or not they are currently in custody (with some circuit-dependent exceptions).

Favorable Termination and the Fairbanks Four

A broadly applied favorable termination requirement severely narrows access to § 1983 and further insulates bad state actors. In an important concurrence, Justice Souter said a broad favorable termination rule “would run counter to § 1983's history and defeat the statute's purpose.” He gave the poignant hypothetical of a former slave falsely arrested by the Ku Klux Klan-controlled state police for raping a white woman, but who was unable to prove the unconstitutional conduct until after his release. Under the majority’s holding, he would be barred from accessing the only remedy available to him—one that was specifically designed for former slaves to vindicate their constitutional rights. Following Souter’s concurrence and subsequent Supreme Court jurisprudence, some circuits have limited application of the Heck doctrine to cases where the plaintiff can access habeas relief. But others take the opposite approach, applying the Heck bar even when habeas is unavailable.

The result of post-Heck jurisprudence is even in instances of egregious police misconduct, the availability of relief is limited by the geography of where the case is brought. The case of the Fairbanks Four exemplifies that problem. There, four Native men were wrongfully accused of beating a man to death on the streets of Fairbanks, Alaska in 1997. Two of the individuals were minors when they were convicted. They were sentenced between 30 and 77 years in prison despite a lack of incriminating physical evidence, witnesses, or motive. More than a decade after the conviction, another man confessed to the murder and named his three accomplices. The Fairbanks Four filed for post-conviction relief and were granted an evidentiary hearing. The evidentiary hearing confirmed that the police had coerced a false confession from two minors, improperly withheld exculpatory evidence, and that the later confession was corroborated by eyewitness testimony.

Despite this evidence, the judge delayed a verdict and the four men remained incarcerated while they waited. During this period, the prosecutors offered the Four a deal: release the State of Alaska and the City of Fairbanks from civil liability and their charges would be vacated and dismissed. As part of the settlement, the parties stipulated that “the original jury verdicts and judgments of conviction were properly and validly entered based on proof beyond a reasonable doubt.” Upon release, the Fairbanks Four decided to sue the City and the prosecutors under § 1983, but the District Court dismissed for failure to state a claim, because vacatur did not constitute favorable termination and was thus barred by Heck. In a 2-1 decision, the Ninth Circuit reversed, holding that vacatur was favorable termination especially since there were no outstanding criminal charges.

In another sharply divided panel, the Ninth Circuit denied a rehearing en banc, over the dissent of Judge Van Dyke, who argued that the Ninth Circuit’s decision created a new exception to Heck that was unprecedented and unsupported by other Circuit rulings. Judge Van Dyke’s observation is correct: no other circuit court has found a vacatur-by-settlement constitutes favorable termination where the parties have stipulated to the validity of the prior conviction. If the Fairbanks Four case were to be heard in any other circuit court (or even a less favorable configuration of Ninth Circuit judges), the wrongfully incarcerated men would have been entirely barred from recovery by Heck. Evidently, favorable termination jurisprudence limits access to remedies by geography rather than by the nature of the claim.

The broader criminal legal context casts a shadow over favorable termination and the Heck doctrine. The criminal system exerts immense pressure on defendants to plead guilty before trial. A recent study by the National Association of Criminal Defense Lawyers found that 97% of all federal criminal cases are resolved through plea deals. Another report by the Vera Institute of Justice found that 90% of all convictions, state and federal, are the result of guilty pleas. The pressure of mandatory minimums and the “trial penalty”—the threat of a harsher sentence if the defendant takes the case to trial—can force even innocent defendants to plead guilty. These defendants are not only deprived of their liberty, but, upon release, they are also deprived of their dignity because of their inability to overcome the Heck bar.

Even recent criminal justice reform has the unintended effect of narrowing plaintiff access to § 1983. Entry into a pretrial diversion program, which allows the accused to avoid jail time and a guilty conviction upon completion of classes, community service, or probation, can trigger the Heck bar in some circuits. The Second, Third, and Fifth Circuits have found that entry into a pretrial diversion program counts as a “conviction” for purposes of Heck, while the Sixth, Tenth, and Eleventh Circuits have concluded that Heck does not bar those who have successfully completed a pretrial program. It is a poor system where tools designed to reduce punitiveness carry collateral consequences that bar access to remedies for civil rights violations.

When Congress enacted § 1983 and the encompassing Ku Klux Klan Act of 1871, its goal was to deter state actors from depriving people of their constitutional rights. The Heck bar, widely construed, frustrates that purpose. Instead, it provides yet another structural incentive for prosecutors to expedite convictions and eliminates another avenue for accountability. Whenever a court can exercise its discretion in lowering the Heck bar, especially in issues of whether a specific disposition counts as a “conviction” or whether a specific resolution qualifies as “favorable termination,” it should do so.