The Unspoken Crisis: The Impact of the Criminalization of Mental Illness in BIPOC Communities 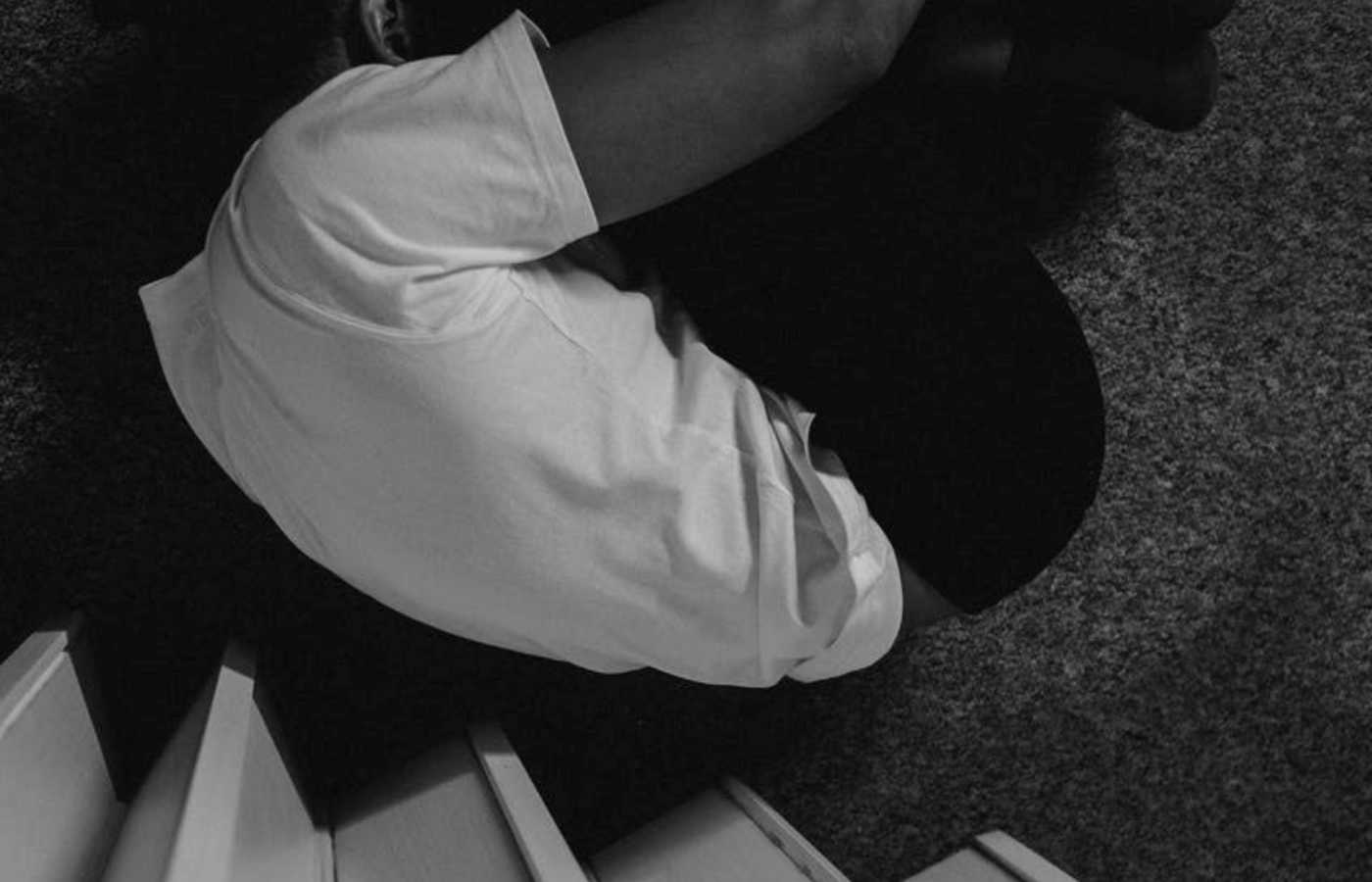 On December 23, 2020, four police officers responded to a call in Antioch, CA from the sister of Angelo Quinto, a 30-year-old Pilipino-American Navy veteran. Angelo’s sister, Bella, contacted the police because her brother was suffering a mental health crisis, and she hoped that the officers could help calm him down. His family said that he was acting belligerently and suspected possible paranoia and anxiety. When police arrived at the scene, Angelo’s mother and sister watched as an officer pinned Angelo’s neck with his knee for nearly five minutes, while another officer restrained his legs. During the encounter, Angelo pleaded for his life, repeating the phrase, “Please don’t kill me.” Angelo became unresponsive with his face covered in blood. Paramedics took him to the nearest hospital, where he died three days later due to complications from this brutal use of force.

Angelo Quinto was honorably discharged from the U.S. Navy in 2019. During a news conference in February 2021, his family noted that he had begun exhibiting signs of anxiety and paranoia after a head injury in 2020. According to his obituary, Angelo enjoyed fishing, cooking, drawing, and wanted to become a videogame designer. His family filed a wrongful death claim against the city of Antioch, alleging that the use of police force ultimately caused his death.

The Quinto family’s tragedy reflects a sad truth about an issue that has remained in the shadows for far too long—the criminalization of mental illness. Currently, those with mental illnesses are among the most disadvantaged members of our society. A high proportion of mentally ill individuals also experience homelessness for many reasons. When mentally ill individuals seek care and medication to combat their symptoms, hospital administrators turn them away because of mainly long wait lists and cuts to government funding for care, and they have no choice but to flock to the streets. At best, they are placed on a year-long waitlist for treatment. When budget cuts prevent them from ordering their medications, their symptoms go untreated and strain their relationships with those around them.

In addition to the large number of mentally ill individuals in the homeless population, there is also a disproportionate number of mentally ill people in the criminal legal system. In fact, the country’s three largest centers for mental health care are not hospitals or clinics, but county jails. Much of this can be attributed to the disastrous deinstitutionalization movement of the mid-20th century. In an effort to address public concerns about the squalid and ghastly conditions in state psychiatric hospitals, the federal government decided to close these hospitals and replace them with community-based treatment centers. While in theory, the closure of these terrible “snake pits” appeared to indicate that mental health care would improve, in practice additional hurdles arose that obstructed deinstitutionalization efforts. Community opposition prevented the opening of these smaller community-based clinics that would have replaced the hospitals, likely due in large part to the stigma linking mental illness to violence. Meanwhile, state hospitals jumped the gun and closed their doors without realistic plans for how to divert the discharged patients to these new centers.

Without sufficient treatment centers to replace the closing hospitals, thousands of people with serious mental health concerns were released from the hospitals and forced onto the streets. Members of the general public called the police to respond, as they perceived their behaviors as bizarre and threatening—even though these actions were often manifestations of symptoms of mental illness. Individuals with mental illnesses quickly became a new target for law enforcement. As a result, prisons and jails became the new psychiatric inpatient system. Today there are more mentally ill people in prisons and jails than in hospitals. Sheriffs and police officers now act as de facto mental health care providers, even though they lack the basic training to speak to those in crisis or experiencing a mental health episode. These practices predominantly affect people of color, who have historically been and continue to be targets for law enforcement due to anti-Black and systemically racist policies. A person of color who struggles with mental illness has the worst of both worlds, as despicable stereotypes together paint them as unpredictable, erratic, and violent.

Culture also plays an important role in the perception of mental illness. I personally grew up in a Pilipino culture that downplays the seriousness of mental health. Showing our emotions was a sign of weakness rather than strength. In turn, we could not dwell on our own feelings, and instead had to worry about helping our circle of family and friends, sending money to the Philippines, and filing immigration papers. Friends and relatives invalidated our feelings. We were told to “get over it” or “it could be worse.” Therefore, even if we were experiencing depression or anxiety, the lack of attention and the dismissive attitudes of our culture regarding mental health can also deter those from seeking out help for their concerns.

According to a study on mental health in the Pilipino community, the main contributors to perceptions of mental health include religion, family, support systems, and indigenous coping styles. Instead of paying a visit to a physician or other medical professional, Pilipinos are encouraged to pray and seek spiritual counsel when they are suffering. We are also strong collectivists. Our individual feelings and needs are often overshadowed by those of the group. In social settings, we identify ourselves as being part of a family, region, and ethnolinguistic group. If an individual within a family struggles with mental illness, this is perceived as the family’s illness. Members of the community are then quick to isolate themselves from this family based on the belief that persons with mental afflictions are “dangerously unpredictable.” In turn, mental illness is kept secret within the family so as to avoid judgment; yet those suffering are reluctant to openly display their emotional affliction to their family members because it might disrupt social harmony. All of these factors, in addition to the lack of culturally-sensitive psychiatric personnel and limited access to health care and insurance, work together to deter Pilipinos from utilizing mental health services.

Individuals from other racial and ethnic backgrounds encounter similar challenges that may prevent them from seeking out mental health treatment. A study from the National Asian Women’s Health Organization found that Asian-American women witness depression in their families, but have learned from their Asian cultures to remain silent on the subject and fear stigma for themselves but more importantly, for their families. Similarly, there is a perception in Latinx/Hispanic communities, especially among the elderly, that discussing problems with mental health can create embarrassment and shame for the family. For Black and African American communities, the historical dehumanization, oppression, violence, and race-based exclusion from education, economic opportunity, and healthcare has led to the socioeconomic disparities they experience today. As a result of the adverse consequences of negative stereotypes and racism, a 2013 study found that Black and African American participants struggled to open up and acknowledge psychological problems and were apprehensive about seeking professional help for mental health issues. Lastly, for Native and Indigenous communities, limited access to mental health services from more rural and isolated regions, as well as a lack of providers who are sensitive to their cultural backgrounds, present significant barriers to mental health resources.

There is no one-size-fits-all approach to mental health care. Traditional approaches to care, including cognitive behavioral therapy, mindfulness and meditation, and psychotherapy, may not adequately address the individual needs of those from different cultural, racial, and ethnic backgrounds. People from diverse backgrounds are deterred from seeking out these resources in the first place. While these problems cannot be fixed overnight, I strongly believe that we first need to start changing the conversation around mental health and encourage our family, friends, and loved ones to seek out help. We should all work together to change the perception that asking for help is not a sign of weakness but strength.

Clinics and hospitals should also hire more counselors from diverse backgrounds, who can speak different languages, and have a passion for providing individualized mental health care that attends to all of their patient’s needs. Even if they are unable to hire these counselors from diverse backgrounds, psychologists and other mental health professionals should have greater cultural sensitivity training and give their patients the opportunity to engage in alternative treatments that can account for their needs. For instance, if a Pilipino-American patient believes in the spiritual power of healing, then therapists should offer spiritual counseling or refer the patient to a faith-centered support group. In sum, the mental health care system must be responsive to the ways in which systemic racism and colonialism have harmed BIPOC communities, and tailor care to meet their individual needs.

Instead of approaching a person with a mental health concern with love and compassion, police officers often respond to these situations with hostility and violence. Angelo Quinto was one such victim who suffered a tragic fate at the hands of police officers who were ill-equipped to care for a person experiencing severe emotional distress. Relying on law enforcement to address mental health crises places these individuals in greater danger and leads to the overcriminalization of people with mental illnesses. In turn, incarceration can exacerbate these problems. The separation from loved ones, the stressors from the physical environment, the exposure to violence, and the stripping of their identities, among other reasons, all contribute to further declines in mental health.

I strongly encourage that if we ever encounter a family member, friend, or even a stranger experiencing a mental health crisis to exercise care by trying our best to deescalate the situation before calling 911. Some techniques suggested by the National Alliance on Mental Illness are to speak calmly, express support and concern, and listen. If you still feel uncomfortable with the situation, you can also look into crisis intervention and other nonprofit organizations with response teams who are properly trained in psychological first aid and support. Below is a non-exhaustive list of resources, organizations, and hotlines that are more appropriate to respond to these particular situations.

As a last resort, especially if you believe that the situation is life-threatening, you can call the police, explain that someone is experiencing a mental health crisis, and ask the operator to send someone trained to work with people with mental illnesses. We can all play a small part in remedying this unspoken crisis by educating ourselves to the best of our abilities on the signs and symptoms of mental illness, as well as the resources available in our own communities. In other words, we need to exhaust every possible resource before calling on law enforcement whose inhumane tactics and efforts have contributed significantly to the large number of people with mental health concerns in the criminal legal system.

We cannot lose another life to the mental health crisis. We cannot have another Angelo Quinto.