Is the War On Drugs Over? 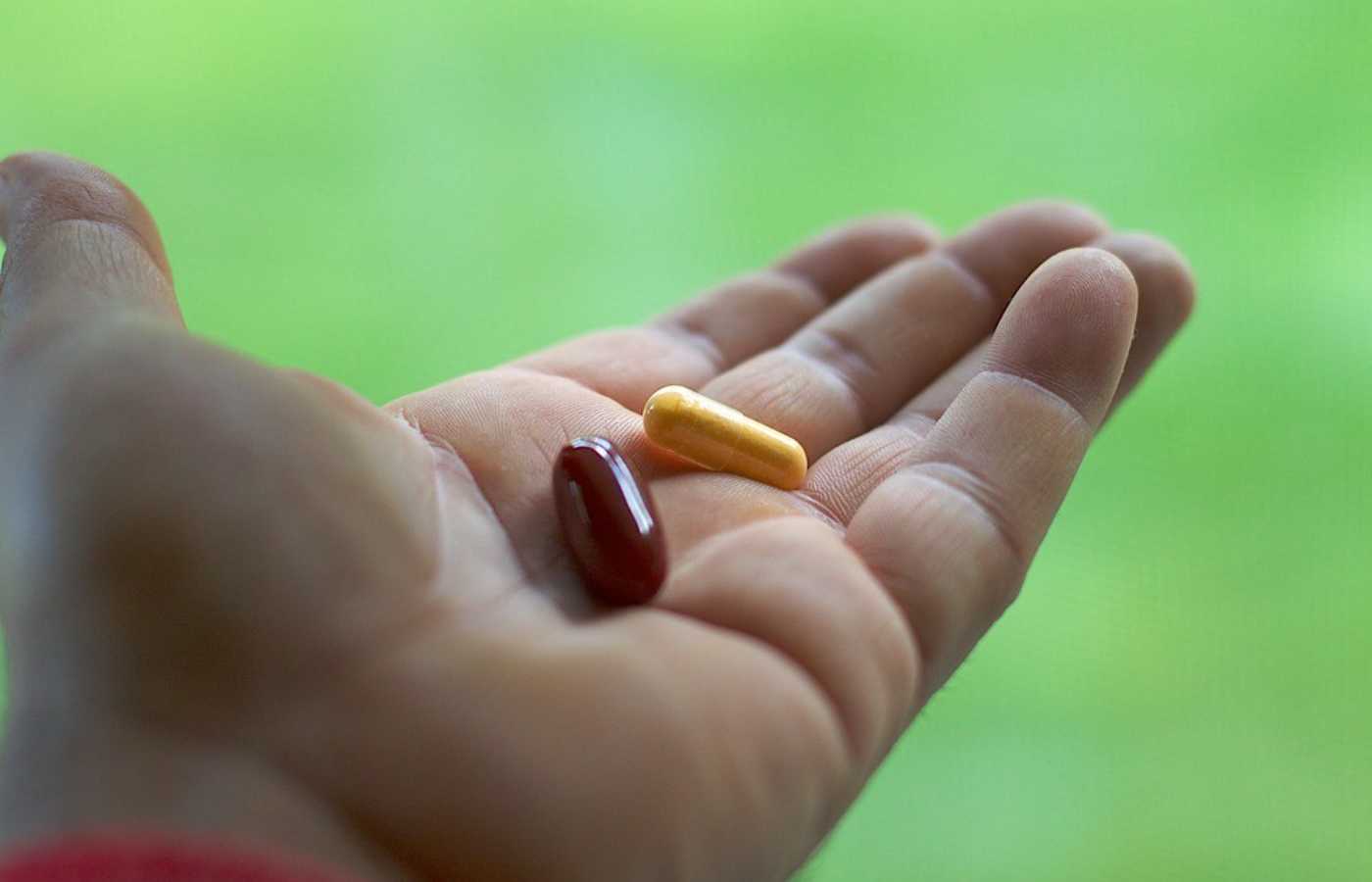 The increasing number of drug users has contributed to the growing prison population in America. This is due overwhelmingly to criminal activity linked to alcohol, other substance abuse, and addiction. For example, in 2006, alcohol and other drugs were involved in 78% of violent crimes and 83% of property crimes. As of 2010, 65% of inmates in the U.S. met the medical criteria for substance use disorder, but only 11% received treatment. This is especially unfortunate when considering that many people who suffer from substance abuse also suffer from mental illness, which strongly supports their need for true rehabilitation rather than incarceration.

Considering the constant war on drugs for the past several decades, one may wonder about the lack of improvement as far as drug use goes in America. Many governments and agencies have waged the war on drugs, spent large sums of money, and incarcerated millions. Yet, drug use keeps growing. What is the public’s view of this unsuccessful policy and has this view affected government policy?

History of American Perception on Drug Abuse and Distribution

The war on drugs was declared by President Nixon in June of 1971. The new policy included a dramatic increase in the size and presence of federal drug control agencies, as well as the enactment of new measures such as mandatory sentencing. By the 1990s, two decades into the war on drugs, about 73% of Americans favored a mandatory death penalty for major drug traffickers and "57% said police should be allowed to search the houses of 'known drug dealers' without a court order."

Then, changes started to happen on the state and federal level, as public perception shifted towards required treatment, rather than prosecution. Between 2009 and 2013, 40 states took action to ease their drug laws. State level actions have included lowering penalties for possession and use of illegal drugs, shortening mandatory minimums or curbing their applicability, removing automatic sentence enhancements, and establishing or extending the jurisdiction of drug courts and other alternatives to the regular criminal justice system. This was true for marijuana - in 2013 Vermont decriminalized possession of less than an ounce of marijuana and Oregon reduced possession of more than an ounce from a felony a misdemeanor. Changes in laws regarding other drugs also occurred. In Idaho in 2011, a change was made to allow people convicted of violent felonies to participate in drug courts under certain circumstances. In 2009, New York moved away from its harsh Rockefeller-era drug laws, such as mandatory prison sentences of 15 years to life for drug dealers and addicts.

These state changes were largely due to the rising prison population and the expense of keeping people incarcerated. As a result, the state imprisonment rate was lowered in 31 states: from 2007 to 2012, the state imprisonment rate fell from 447 sentenced prisoners per 100,000 population to 413 per 100,000. Over the same period, the federal imprisonment rate edged higher, from 59 to 62 sentenced prisoners per 100,000. Another critical claim may link legislative changes, as well as public perception, not only to economic considerations but to racial perspectives. As many now view it, Nixon’s war on drugs targeted black people. One of Nixon’s own former aides has admitted that by getting the public to associate blacks with heroin, and then criminalizing it heavily, the black community could be disrupted. Interestingly, by 2017, White Americans had a higher rate of substance abuse than Black Americans, suggesting that both public perception as well as state and federal legislators are more forgiving towards the White community.

Recent American Perspective on the War on Drugs

This shift in many states’ penalties for drug possessions received increasingly positive views from the public regarding the move away from mandatory sentences for non-violent drug crimes. Specifically, 63% indicated it is a good thing that some states have moved away from mandatory sentences for non-violent drug offenders. This is a stark contrast to 2001, when Americans were evenly divided over the move by some states to abandon mandatory drug terms.

There seems to be a link between the perception of drug use as a national crisis (which is highly affected by how the government portrays it) and the preference of prosecution over treatment. In 2014, a national survey found that 67% of Americans stated that the government should focus more on providing treatment for those who use illegal drugs such as heroin and cocaine. Only 26% stated that the government’s focus should be on prosecuting users of such drugs. Interestingly, the support for a treatment-based approach for illegal drug use was found to cover almost all demographic groups. Even within the Republican demographic, who is normally less supportive of the treatment option than Democrats and Independents, about half of Republicans (51%) said that the government should focus more on treatment than prosecution in dealing with illegal drug users. Though half or more in every demographic and partisan group said the priority should be treatment, and not prosecution, there are still some differences across racial and ethnic lines: 81% of African-Americans say the government should focus more on treatment for drug users, compared to 66% of White-Americans and 61% of Hispanic-Americans.

Federal Legislation regarding Treatment Instead of Punishment

In 2014, the Smarter Sentencing Act was enacted on a federal level, complimenting individual states' legislation. This act adjusted federal mandatory sentencing guidelines for a variety of crimes in an effort to reduce the size of the U.S. prison population and costs associated with it. It was the result of a bipartisan effort which touched on many drug related issues. To reduce sentences for drug offenses, the act amended the minimum sentences for drug related crimes. 20 year minimums were reduced to 10 years, 10 years minimums to 5, and 5 year minimums to 2. This reduction applies to offenses covered under the Controlled Substance Act and Controlled Substance Import and Export Act involving marijuana, cocaine, heroin, PCP, LSD, methamphetamines, or a counterfeit of these substances.

First, the act made changes to the prior offenses that trigger recidivist penalties and reduced the length of those penalties. Prior to the Act, a defendant’s sentence was enhanced if they had been convicted of a prior “felony drug offense.” The Act narrowed the triggering prior offenses by replacing “felony drug offense”” with “serious drug felony.” As a result, a defendant’s prior drug offense qualifies as a predicate offense only if it was an offense of the type specifically defined in 18 U.S.C. § 924(e)(2)(A), the defendant served a term of more than 12 months’ imprisonment for that offense, and the offender was released within 15 years of the instant offense.

Other federal laws and actions indicate a shift in the way we view drug use, viewing it more as an illness that needs to be treated rather than prosecuted. The Substance Use-Disorder Prevention that Promotes Opioid Recovery and Treatment (SUPPORT) for Patients and Communities Act of 2018 was written to address the nation’s opioid overdose epidemic, and includes provisions to strengthen the behavioral health workforce by increasing addiction medicine education, and to expand access to high-quality evidence-based care. The Support Act followed the passage of two other related acts: the first was the Comprehensive Addiction and Recovery Act (CARA), which authorizes over $181 million to respond to the opioid abuse epidemic. The second was the 21st Century Cures Act, which addresses critical issues including leadership and accountability for behavioral health disorders at the federal level, the importance of evidence-based programs and prevention of mental and substance use disorders.

Overall, there seems to be a shift in policy and in public perception in regards to both drug users (preferring treatment over prosecution) and other drug offenders (lowering mandatory sentences, creating drug courts, etc.). Despite evident changes in the public’s perception of drug use, as well as the changes in policy and the shift towards treatment rather than prosecution, there is still a way to go. The Trump administration continued the War on Drugs and allocated $12 million to funding state and local law enforcement to take heroin and methamphetamine off the streets in 2017 alone. This was a result of Trump’s “strong leadership in combatting” what the government considers to be the worst drug crisis in American history (the opioid crisis).

Although one cannot deny that this is truly a devastating crisis, with one American dying of a drug overdose every nine minutes, the question remains - have we lost the “war” on drugs and should we take other measures? With a new president elect who is more focused on rehabilitation than mass incarceration, positive changes may be on the horizon.