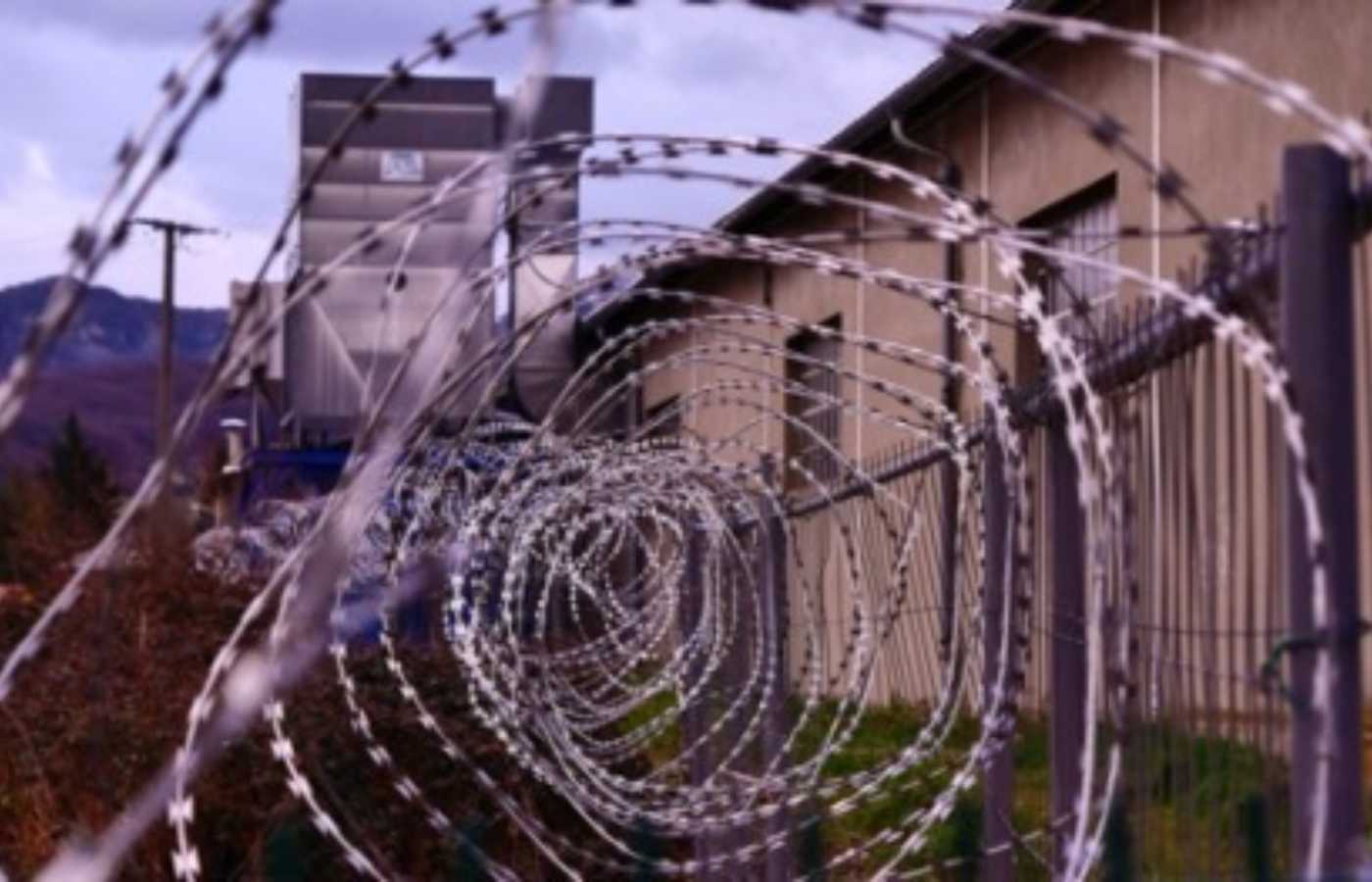 “They killed him because they were made that way. Because somewhere in the infinite processes that go to the making up of the boy or the man something slipped, and those unfortunate lads sit here hated, despised, outcasts, with the community shouting for their blood.

. . . I know, Your Honor, that every atom of life in all this universe is bound up together."

“A person is not guilty of an offense unless his liability is based on conduct that includes a voluntary act.”

These are difficult questions, and there’s little luck of me giving satisfying answers to them here. Instead, I merely want to explore some surface-level thoughts with the hope of inspiring deeper thinking about these questions.

I’d like to start by quickly defining a relevant philosophical concept called “determinism.” The best known determinist theory is “causal determinism,” an ancient but still living philosophical view that all events, including all human action, can be fully explained and (hypothetically) predicted by antecedent events. Usually, causal determinism appeals to physical science to provide such explanations. Historically, determinism is regarded as challenging, if not all out precluding, free will. (However, in modern philosophy, there are what are called “free-will compatibilism” views that try to reconcile the two, but that’s not important right now.) Many people come across causal determinism at some point in their education, and while it can be a trippy thing to think about, most people don’t take the theory very seriously in their daily lives. And, for the most part, causal determinism does not really have any interesting implications for law.

However, certain kinds of determinist theories do have interesting implications for law. A more fruitful kind of determinism for legal pondering is something like “socio-economic determinism,” a determinism that captures how our individual actions and identities are informed by our social and economic circumstances. While few of us probably accept causal determinism (except maybe in the abstract), most if not all of us take some modest form of socio-economic determinism to be true, at least insofar as most of us believe that there are socio-economic factors that play a significant part in who we become and how we act. Most of us accept that a person’s actions and identity are in part explained by factors such as the economic class one is born into, the dominant cultural and political attitudes of one’s community, the quality of one’s elementary school education, etc.

I think socio-economic determinism, in even a modest form, has potentially troubling implications for criminal justice. (Here, the word “modest” is used to differentiate from something like “absolute socio-economic determinism,” which posits that a person’s identity and actions are entirely determined by socio-economic factors.) Surely, if social and economic factors are determinants for a person’s identity and actions, these factors are plausibly determinants of criminal behavior.

Academic studies suggest that there are correlations between socio-economic conditions and crime. For example, neighborhoods with higher poverty rates tend to have more violent crime, while neighborhoods with strong social organization, youth job opportunities, and high-quality education tend to have less general crime (U.S. Department of Housing and Development). Of course, correlations do not substantiate causes. There might be explanations for higher rates of criminal behavior that are totally unrelated to conspicuous social and economic conditions of the people committing those crimes. Nevertheless, the thesis that criminal behavior is at least in part informed by a person’s social and economic circumstances is not only concerned with crime as a function of poverty; the thesis is concerned with crime as a function of personal circumstances beyond one's control. So if you believe that a person’s criminal behavior is at all determined by existential circumstances (although I have been talking mainly about social and economic circumstance) beyond her control, then the questions of this article are still worth confronting.

There is the potentially impossible empirical challenge of proving that a specific defendant’s criminal behavior is caused by her social and economic conditions. But even if we can only prove that social and economic conditions are a partial determinant of criminal behavior for a group of people to which she belongs (e.g. a resident of a poor and highly policed neighborhood with pervasive gang activity), we must still confront an important and interesting question: Should the fact that someone comes from conditions that increase the likelihood of criminal behavior be taken into account when evaluating that person’s individual culpability? Would our criminal justice system be more fair and just if it allowed socio-economic factors to be used to establish an affirmative partial defense?

I contend that if we were only talking about whether someone’s social and economic circumstances should play a role in how we evaluate someone’s moral culpability, most of us would probably agree that it should. However, we are talking about whether such consideration should be used in evaluating legal criminal culpability. Our opinions will probably diverge more widely, as is usually the case when asked to consider a revision to our legal system. I at least think that the answer to the legal question is far less clear.

American criminal courts already accept some circumstances as preclusive of the defendant having the necessary mens rea for a crime, most of which amount to a showing that the defendant did not freely act when she committed the crime and, therefore, does not have the evil conscience that our society seeks to punish. Nevertheless, though we allow our courts to accept arguments alleviating the defendant’s responsibility for a bad act based on momentary mitigating circumstances, we do not allow our courts to accept affirmative defenses that appeal to life-long circumstances that constrain human agency, to whatever extent that they do.

It could be argued that some socio-economic circumstances are so conducive to crime that they are, in compound, resemblant of a necessity defense. A necessity defense is an affirmative defense established by showing that the defendant committed the crime to avoid some greater harm either to herself or to someone else. There are plenty of defendants whose whole lives are shaped by gang culture, and for whom, participation in organized criminal activity is a better guarantee of safety for them and their loved ones than a life of legal innocence.

It might seem obvious that practical limitations prevent us from considering socio-economic determinants in our courts’ appraisals of criminal culpability. One might ask, “How could we expect the courts to be able to differentiate between someone who commits a crime because he is misanthropic from someone who commits a crime because she has succumbed to the pressures of harsh social and economic circumstances?”

I have two responses. The first is that practical limitations might not be an excuse for having an unjust criminal justice system; i.e., it is possible that our criminal justice system is as good as it can ever practically be, but it still falls short of being just. Second, I believe that it is possible to adopt a working scheme for judges to consider the social and economic determinants of criminal defendants. For example, the scheme could involve distributing the sentencing leniency across defendants who have identical socio-economic circumstances, thereby circumventing the problem of individual analysis. Or, the scheme could simply involve affording the judge discretion to assess such factors when appraising a defendant’s unique criminal culpability, thereby pursuing maximal consideration of agency-underiming factors. The former of these two schemes might entail an analysis that is too broad, while the latter surely entails an analysis that is too narrow. Nevertheless, I only mean to illustrate that it is possible to imagine a working scheme.

On the other hand, you might recognize the reality of socio-economic determinism and yet see no need to revise the criminal justice system. I think one of the more interesting responses to all of this is that criminal justice does not, at bottom, require an assumption of human agency; that even if a person’s criminal behavior were completely socially and economically determined and her agency thereby entirely precluded, punishing that person could still be justified. Put another way, criminal justice has nothing to do with human agency. This view does not square with American criminal jurisprudence (given its meticulous concern with mens rea requirements and its reluctance for strict liability crimes), but it does seem conceptually plausible.

Even the American criminal justice system invokes justifications for punishment that do not assume or necessarily rely on human agency. Incapacitation, for example, can be used to justify the incarceration of anyone, irrespective of her capacity for volition, so long as she poses a serious enough threat to others. A perfectly coherent criminal justice system might only rely on a theory of incapacitation to justify all punishment, although most of us would probably consider such a system to be unsophisticated if not also repugnant.

Unless one subscribes to a radical view of human agency (one in which a person is somehow totally responsible for her identity and actions regardless of conditions beyond her control), or is at least extremely optimistic about the amount of agency a person can have over her own life, she is going to need to confront the tension between a criminal justice system that assumes human agency and a reality that challenges it. (It is also worthwhile to consider mental illness as a potential determinant for criminal behavior; mental illness is frequently severe enough hinder or completely undermine a person’s agency, even one’s most basic capacity for choice and restraint in extreme cases, but it is rarely accepted as a mitigator to criminal culpability except through the very difficult to attain insanity defense.)

It is also worth noting that a recognition of social and economic determinants as mitigators to criminal culpability commits one to extending clemency to all kinds of defendants, not just the poor and disenfranchised. So while one might be attracted to the view that the criminal justice system should impose lighter sentences on those defendants from low-income, high-crime neighborhoods because social and economic factors mitigate their culpability, one might also be committed to the belief that lighter sentences should be given to a defendant who commits a hate crime when that defendant’s criminal behavior has been informed by a racist upbringing. I do not mean to suggest that the two kinds of defendants would be equally relieved of their culpability. My point is simply that if we invite social and economic factors into our legal assessments of criminal culpability, all sorts of defendants, not merely the impoverished and marginalized, will have their culpability diluted. Of course, if one wanted to narrow the social and economic determinant factors that could be taken into consideration by the court, one would need to explicitly justify why some determinants of criminal behavior, and not others, should be appreciated by our criminal justice system.

In the end, I think that in order to have a coherent and fair criminal justice system, we either need to have more inclusive consideration of socio-economic factors that undermine the assumption of human agency, such that people are treated less guilty for crimes that are at least partially those factors, or we must be transparent and accept that punishment in our criminal justice system does not require defendants to be wholly responsible for their crimes.